Thousands of years of history underfoot, glittering skyscrapers stretching overhead. Europe is a modern center for culture, art, fashion and cuisine; a place where a day can start with a walk through ancient ruins and end with a shopping spree in a world-famous designer boutique. Immerse yourself in art, culture, wine and food in Paris, get lost in the winding streets of Rome or experience the sleek, modern charms of London – a European vacation is an invitation to indulge your passions. Book your europe vacation package today!

All Deals Include: Round-trip flights, hotel accommodations, taxes and more 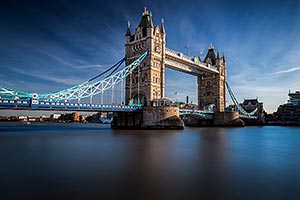 Ancient history meets modern luxury in London. A capital city of finance and technology, London's skyline is now dominated by towers of steel and glass rather than stone, but its heart remains. The history of the city is everywhere you look, from the dignified palaces of the royal family to iconic landmarks like Big Ben and Westminster Abbey. 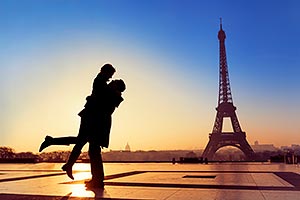 Enchanting and romantic, Paris is a fusion of history, art, fashion and cuisine. This alluring metropolis boasts the most sophisticated boutiques and exquisite bistros in the world. Tour the banks of the Seine or stroll the Champs Elysées to the Arc de Triomphe. Visit sacred Notre Dame Cathedral, the famous Eiffel Tower and the Louvre's priceless masterpieces. With so many choices for discovery, we invite you to fall in love with the City of Lights. Once among the most powerful regions in the world, Italy is now one of its most charming. Considered the Cradle of Western Civilization, Greece also offers plenty of modern pleasures and diversions, from sunbathing, diving, and kite surfing to shopping, swimming, and dancing the night away. It's said that Ireland, once visited, is never forgotten, and for once the blarney rings true. The Irish landscape has a mythic resonance, the country's history is almost tangible, and its people seem put on earth expressly to restore faith in humanity.

From its popular, sun-drenched beaches to its ancient medieval castles, Portugal is a popular choice for savvy European travelers. Discover why when you book your Portugal vacation with Pleasant Holidays. With its breathtaking landscapes, medieval cities, and multi-faceted history, Scotland affords you a world of vacation experiences within its compact footprint. Spain Vacation Packages
Europe up to $150 OFF per booking Offer: Valid on new bookings made by  02/13/22 for select travel through 07/31/22. Minimum 3-night hotel accommodations at participating property and roundtrip airfare required for $100 OFF; minimum 5-night stay and roundtrip airfare required for $150 OFF. Savings is per booking and taken at time of booking. This entire offer is based on availability and can be modified or closed out at any time.
Not responsible for errors or omissions. [Pleasant Holidays acts only as an agent for the various travel providers shown above.]
Session info Close
Session id:
Close
Close
Choose your booking experience

Our existing booking engine with all features

Search for Flights + Hotels
The new booking experience has been created for travel customers. We’re working on a different solution tailored to the needs of travel agents.
Browser Support